Have you ever wondered why some people are so much more successful than others are? I am sure you are aware that 90% of all start-ups fail, and when you consider the personalities traits of the successful 10% you can see why.

Entrepreneurial personalities are traits and behaviours that we see most commonly within successful business owners.  Social scientists and psychologists have identified that all successful people shares a similar set of mannerisms. These mannerisms influence their ability to be successful in business and beyond.

In this article, I will discuss all the personality traits.

1. What Are The Entrepreneurial Personality Traits?

In the Handbook of Personality: Theory and Research, authors Roberts, Wood, and Caspi tells us that personality traits are the relatively enduring patterns of thoughts, feelings, and behaviours that distinguish individuals from one another.

Basically, a personality trait emulates what you think, your thought process and your feelings.

In other studies, author Victor P. Lau found that there is a clear relationship between certain personality traits and career success.

2. Why Are Entrepreneur Personality Traits Important?

There are many reasons you want to start your own business! Maybe you are sick of your boss taking credit for your hard work or you do not like taking orders from bossy people that are less able than yourself. It could be that you want to earn a better wage and increase your lively hood.

For me I like flexibility in my in life, and want to spend my short time here working on the things that I love.

Unpacking the typical profile of successful entrepreneurs is not easy. However, it has not stopped people trying. In fact, entrepreneurial personalities have been the subject of vast amounts of public discussion and debate.

Why is Elon Musk able to create many million-dollar businesses? Yet, the average Jo struggles to create a business that makes just a few thousand.

In fact, corporations and academics are striving new lengths of desperation to develop a better idea of what personality types create success and how entrepreneurs might inform better practice in other sectors.

Furthermore, it has come to the attention of academics that the entrepreneur personality traits are primary agents of social, economic and technological change.

In an increasingly competitive landscape, business leaders are calling on entrepreneurial thinkers to create solutions that take businesses to new heights of growth and prosperity. As well as, mirror the rapidly changing needs of an unpredictable social and political environment.

Being able to imitate and adopt the typical behaviours of successful entrepreneurs will significantly increase your own chances for success.

The first personality trait I talk about is focus. This is simply having the ability to concentrate on the task at hand without distraction.

Having the ability to focus you are remain consistent and persistent.

Slow But Steady Wins The Race!

Focusing will reap massive rewards over time. For example, you will naturally become an expert in that very niche field, and your knowledge and performance will sky rocket, above most people.

This is because by focusing, you have the ability to set your mind on something, and do not stop until you complete the aim you set out to achieve. It is channelling all your energy to that one task with 100% concentration whilst being persistent.

Many people argue (including Sam Ovens) that focus in the #No 1 factor for success for anyone.

When Bill Gates and Warren Buffet was both asked what their number 1 factors for success is… They both answered the ability to focus.

With all the distractions in the world such as the internet, mobile phones and social media (statistics show the average person will spend more than 5 years of their life on social media) decreases our chances of being able to focus.

If less people are able to focus, by default increases the need for this trait. With more opportunities in the world today and less people being able to focus on them results in making the chances to be successful greater.

The second personality trait is visionary. This is having the ability to seek gaps and opportunities and then form a solution in your mind that solves the problem.

In the book, New Venture Creation: Entrepreneurship for the 21st century  describes opportunity as customer needs that are not being satisfied.

Visionaries plot a destination that has not ever seen before. Furthermore, this means that this person has to have a sense of creativity. Nevertheless, visionaries have a target that they can focus towards meeting.

If a person has a clear heading and can focus on reaching that heading, then you have just multiplied your chances for success.

The third personality trait I would like to discuss is resilience. Which is having the ability to have a strong mind and never give up whenever you experience setbacks.

This is important because the chances that anyone’s first business idea will work, is very slim. In fact, all entrepreneurs must realise this sad endeavour. So, that you will spend a lot of time testing assumptions, learning the market and fixing all the bugs.

One of the most common reasons for failure is that people get demoralised when their first idea fails.

Your first idea may fail. But, it is a gateway for better success in your second, third and fourth attempt.

Resilience is the ability to overcome failure. This is because it is with our nature to learn from failure!

Teacher and psychologist Marc Smith outlines how people learn from their failure and he says we should embrace failure as a springboard to success.

So why would this be any different for business? Well, the truth is that it is not!

We need to learn from failure in every aspect of our life, and each time you fail, you have to take it on the chin and learn from it.

When we first launch a business for the first time then you will pursue the release on a series of hypothetical assumptions.  If you are new to an industry, then we have no real factual experience until that first launch.

This is because we have no facts when we first launch our business. To learn from trial and error you must precede an idea; that may not work. So, if you prepare the failure on a small budget of affordable loss the next time the business model is attempted you will be wiser.

The fourth trait i would like to speak about is flexibility. Society and technology is constantly moving and changing. This creates new challenges and being able to adapt to these changes is crucial for any business.

If you are a person setting up a new business then you need to be open to new ideas and process these ideas within your current business model.

Entrepreneurs and any businesses for that matter that do not accept change will inevitably fail.

The fifth entrepreneurial personality trait I will like to speak about is passion.

Passionate people are willing to go the extra lengths. This means starting a business in an industry you love.

Bill Gates, Steve Jobs and Nicola Tesla work an insane amount of hours for little or no reward. They were more interested in the greater good; they held less interest in the monitory value, but held to focus towards solving specific problems.

According to Child, Faulkner, and Tallman (2005 p 369) Seeing opportunity is not enough as the idea has to be set in motion.

Steve Jobs states: “you got to find what you love, the only way to do great work is love what you do. As by love or desire drives passion that gives a person the strength to overcome setbacks and keep moving forward.

There is a recent by Richard Harrington and Tsun-Yan Hsieh. This shows that 65% of successful business owners are heart driven and have a strong sense of purpose.

Overall, I have outlined FIVE personality traits that successful people have.

Forbes tells us that to be a successful entrepreneur there are five traits as well. However these traits are Passion, Resilience, Strong sense of self, Flexibility and Vision.

In addition, Sam Owens is a big believer of Focus. In fact, he points out when Bill Gates and Warren Buffet first met they were both asked to write down why they were successful. Surprisingly they both wrote Focus.

Overall, people that are more dominant in these traits are more likely to be successful so let’s look at them in more detail.

I love tech, growing small businesses and helping people succeed which has led me to helping build businesses online and taking them beyond. I always strive to help businesses leverage digital tools effectively and achieve greater results online. 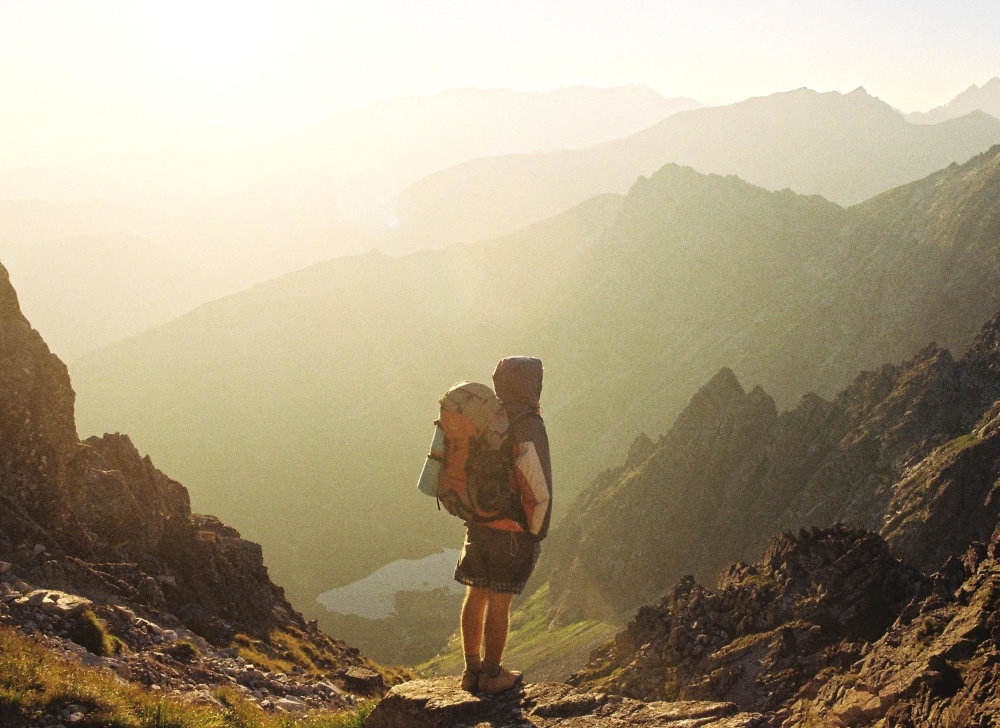